Does EBV Cause Multiple Sclerosis?

Many people with Epstein-Barr Virus (EBV) worry about developing Multiple Sclerosis (MS) largely due to a new study published earlier in 2022, which proposed that EBV is “the leading cause” of MS.

This has caused a lot of fear

that MS is inevitable if you already have EBV,

which is not true.

I have received so many questions and concerns about this topic that I feel it is important for me to share a more objective perspective on this matter to bring calm back into your life.

EBV can cause MS,

but it does not automatically do so.

In my clinical experience with our EBV community I infrequently see MS developing in those with EBV, in contrast to the recent studies. There are other factors that trigger MS, which we will discuss here shortly, although some researchers do claim that EBV is a prerequisite factor for developing MS.

Bottom line: If you have chronic EBV or acute mono, please DO NOT fear that it automatically means you will develop MS. This condition is very specific and it takes more factors to develop it.

Let’s look at the study that caused the emotional upheaval in our EBV community:

This was a cohort study, looking at 1 million adults on active military duty, 955 of whom ended up diagnosed with MS during their service. The researchers found that the risk of MS increased 32-fold after infection with EBV. Other viral infections had no increased risk (Bjornevik et al., 2022).

They quoted another study stating “anti-EBNA antibodies are a strong and consistent predictor of MS risk in EBV-positive individuals up to 15 to 20 years later (DeLorenze et al., 2006)”.  They concluded that their findings cannot be explained by any known risk factor for EBV and suggest EBV as a leading cause of MS.

Here is how I see this study:

EBNA antibody is present, for life, in 90% of the normal population. Only about 5 to 10% of the powill not develop these antibodies. This reflects the fact that 90-95% of the global population has had the virus. EBNA does not go away even if you completely heal from EBV and have an incredible quality of life. So yes, most of us have been exposed to EBV at a certain point, and most have positive EBNA antibodies. You can see how we cannot really hold EBNA as a predictive factor for MS.

This study claims there is no other explanation, but that is not entirely true.

The study did not take into consideration

which could have contributed to MS.

What was Vitamin D exposure/sun exposure in the MS group?

Studies are consistent: one of the key factors in the development of MS is low vitamin D in childhood. Did they get enough sun exposure in the area where they were stationed during their service, or was their uniform covering their body? Was the air polluted where they were stationed and/or were they indoors most of the time? Were more in this group born in fall/winter, with less direct sun on the skin in their infancy? If they grew up in northern states, did their mothers supplement them with Vitamin D during fall, winter and spring? Did they run around naked in the sun as infants? Was their Vitamin D level adequate during the service? Was that tested?

Here is a perfect synopsis of what we know about Vitamin D and MS:

A story that exhibits this further…

I am luckier than most as I was born in May, and since my mother loves the sun, she let me be in the sun a lot, and so I had all June, July and August to build up my immunity with the sunshine vitamin. On the other hand, one of our students with MS had been intentionally kept away from the sun during her childhood by her mother, out of  fear of skin melanoma, which the mother herself had experienced. They lived in Norway, which does not get enough sun as it is. In summer, her mother would take her to their summer home in the north, specifically to protect her from sun exposure and making sure her skin was covered at all times. That student has struggled with debilitating MS for many years and is an inspiration for me of perseverance, spirit and heart.

What was the environmental toxic burden the soldiers were exposed to throughout their service? 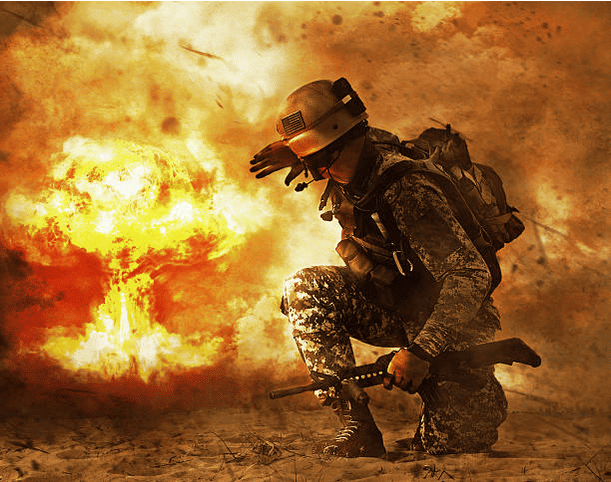 More studies are showing a heavy toxic burden in soldiers deployed to some areas outside of the US, starting with Agent Orange exposure in the Vietnam War that has been shown in studies to lead to type 2 diabetes, prevalent among Vietnam veterans. Exposure to environmental toxins has not stopped. Many researchers, notably Gary Null, provided much needed publicity, medical studies, and documentaries on the environmental toxic load and impact on the health of the US soldiers.

There may be other factors that are implicated in the development of MS that should have been considered for this group.

Genetics mentioned in the study 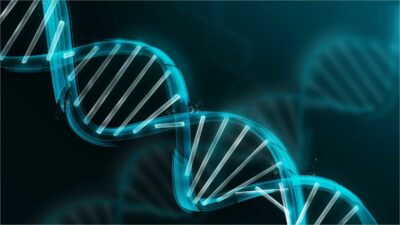 Genetic predisposition for autoimmunity can add to the risk of developing MS for a person with EBV. One study suggested that carriers of the DR15 allele (HLA-DRB1*1501) who also have elevated anti-EBNA-1 antibody titers could have a markedly increased risk of MS (De Jager et al., 2008). This hypothesis was debunked however, because while being homozygous for this gene increases the risk of MS threefold (Jabs et al., 1999), it has actually been shown not to be associated with EBV positivity.

Other studies confirming that EBV can trigger MS:

The bad news is that this is not the only study we have on MS and EBV. We have seen research for this for quite some time. Let me share a few studies.

A milestone 2018 study by Dr. Harley on how EBV causes autoimmunity showed that a very specific EBV protein called EBNA2 recruits human cells to initiate activation of MS, if you have genes for it (Harley et al., 2018). So yes, EBV can cause MS this way.

An EBV infection is considered an “obligatory precondition” for MS in one study (Jons et al., 2015).

Epidemiological studies [of large populations] suggest that childhood EBV exposure is an important determinant of MS risk (Nociti et al., 2010), which is what our 2022 study also mentioned.

In a group of 108 patients with MS, 100% had antibodies to EBV as opposed to other viruses. Nineteen of these patients were followed monthly for one year, and positive early antigen and serum DNA (which indicate current reactivation) were found in 72% of those with exacerbations during that year and none in the group with the clinically stable disease, suggesting that EBV may be the activator of the underlying disease process (Wandinger et al., 2000).

The blood-brain barrier can be breached by pathogens like EBV and the neurotoxicity that follows can lead to central nervous system lesions in MS, including the entry of autoreactive T-cells. The blood-brain barrier is a safety barrier of circulating blood and the brain’s extracellular fluid that is supposed to prevent any dangerous constituents from entering the brain. It contains astrocytes, the immune cells of the brain—very unique in their inability to turn off once fired up. EBV can infect human blood-brain barrier cells leading to increased production of pro-inflammatory mediators that result in immune cell adherence, thus modeling a key step in MS pathogenesis (Casiraghi et al., 2011). I still believe there is more to this. When I think about the brain and MS, I think about heavy metals like mercury being stored in the brain…

Unfortunately, as you can see, there are quite a few connections between EBV and Multiple Sclerosis, and if you have either condition, you should be aware of them. However, since most of us carry EBV, and EBNA for that matter, we would have many more cases of MS if it was just that simple.

In the meantime, here are some suggestions,

to help you move forward. 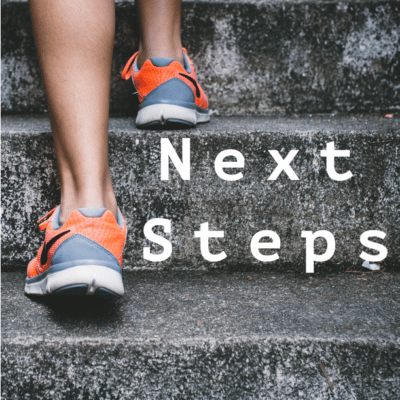 If you have EBV:

…and are worried about developing MS, I strongly recommend that you read my book or join our EBV Recovery Program to start turning down the virus. You can get your life back and decrease the risk of autoimmunity, including MS at the same time.

If you have MS:

…make sure your vitamin D level is stellar. The simple remedy for lack of sunshine is daily supplementation with the right quality, dose, form, and combination of vitamin D.

Ideally, take Vitamin D daily rather than weekly or monthly, with Vitamin K2 along with it to prevent arterial calcification. Vitamin D3/K2 should be taken with a meal with a little fat (Omega 3 supplementation goes very well with this). This is the safest and most effective way to take Vitamin D. Because I live in the beautiful yet gray PNW, I take mine every day and I suggest any person with EBV take it daily as well (why D3/K2 is very important for EBV is a topic for a different blog!). Here are my 2 favorites, if you need Vitamin D:

…and are unsure if EBV is part of your predicament, test EBV properly. Because most EBV lab panels are incomplete,  we have a link to a direct-to consumer lab that will draw blood for you locally, check the right antibodies (I gave them the list), and provide you with an independent report online within 1-2 days. Test here.

Remember, if you already know you have EBV, there is no time to waste. EBV will continue going deeper and doing more damage. Join our EBV Recovery Program here so that I can support you!

To end on a positive note:

Healing from both EBV

and from MS is possible.

Here is an inspiring story told by an amazing medical functional doctor I trained in my methodology, discussing a patient with MS: